You can make a difference

“The world hates change but it is the only thing that has brought progress” said Charles Franklin Kettering, an early 20th century American engineer and inventor. He held 186 patents and, as head of research at General Motors, introduced a new electric starting motor, mass produced colour paints as well as refrigeration and air conditioning systems. The changes we can make may not be quite so wide ranging and influential, but none the less can make a difference.

In the the 21st century the speed of change seems to increase almost daily. And yet many of us are reluctant to accept any form of change. But if illness, surgery or the natural debilitation of geing affect us, we actually have no choice. The challenge of immobility, incontinence or other disability are life style changes that affect around 20% of the population of the UK.

When we need assistance to walk, to get out of bed or to eat, it is often caused by a lifestyle change over which we have no control. Those who need care often have huge adjustments to make from previously active occupations, high flying careers and busy lives.

A Bridges care worker cites the example of an aircraft pilot who, literally a high flier, found himself grounded with a serious disability, which made him dependent on the support of others. A humbling change for him, but it was taken in good grace and enabled him to share his many enriching experiences, and get very close to his carer. 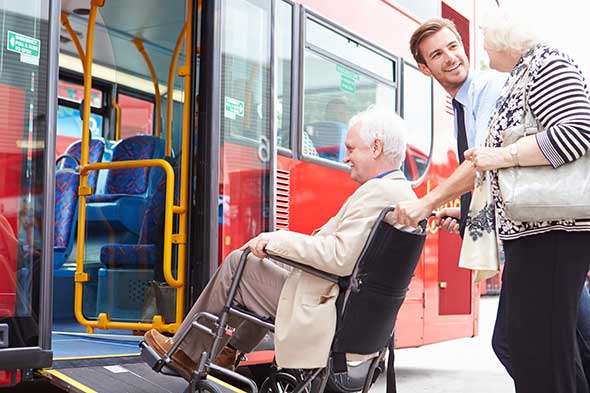 Home carers are ordinary people who have a extraordinary attitudes. An understanding that practical support and care for others brings them independence. It can ‘bridge the gap’ for those who want to continue to live independently in their own homes. A wheel chair can mean a new lease of life for a lonely person, previously house bound or bedridden. What a difference such a piece of equipment can make for a trip on the bus, a visit to family or even just a breath of fresh air?

Those who give the chair a push are often the ones who have made a change in their life as well. They have made time for others, made time to learn a new skill, made time to meet new people and made time to build new relationships. In this way they have not only made a difference to the lives of others but also have also enriched their own.

Paul Ray, now head of the Care Team at Bridges, says “I have done many interesting things in my life, but nothing as fulfilling as being a care worker. It is a real privilege to hear their stories, get alongside folk in their daily lives and contribute something so rewarding.” Bridges are looking for more men or women to help others face life’s changes. Could you help make a difference to someone’s life and well being. Please call Bonny at Bridges today.

A friend in need is a friend indeed